Kansas City is especially unique, as it straddles two states: Kansas and Missouri. They are technically two separately incorporated cities but are often thought of as one larger metropolitan area.

On the Missouri side, Kansas City is the largest city in terms of both population and area. The city is roughly 826 square miles, with a population of almost half a million.

Kansas City provides an explosion of culture, with something to do for just about anyone.

Additionally, the city boasts a historic jazz scene. Kansas City jazz originated in the 1920s, with ties to blues, big band, and swing styles of music. More information on the influence of jazz in the city can be found at the American Jazz Museum.

Furthermore, no mention of Kansas City is complete without making note of its cuisine. Kansas City-style barbecue and strip steak have played a heavy hand in putting this city on the map in the food scene.

With so much going on all year, it’s easy to understand the need for beautiful local flowers in Kansas City, MO.

Flower deliveries are not uncommon in Kansas City. Between all of the athletic events and other ceremonies in the city, there is a constant sense of celebration.

Furthermore, on a more somber note, there are various other facilities within the city limits that see frequent floral arrangements.

These locations include influential medical centers including Saint Luke’s Hospital, North Kansas City Hospital, and Research Medical Center. Besides all of the cultural aspects that make Kansas City great, there is a unique feeling that radiates through the city.

The progressive attitudes of the city mixed with that classic southern charm make for a community of people ready and willing to support each other. They value tradition at a level not matched by many other things.

Especially in such a large city, the need to support small businesses is key. Even though larger distributors pass on the business to local florists in Kansas City, MO, they do so at a high cost.

This is the Snapblooms difference. Snapblooms provides many of the same marketing and technological benefits that other large flower delivery companies do.

However, it better protects the bottom line of these local companies. Instead of taking up to a 50 percent chuck from profits of individual flower shops in Kansas City, MO, Snapblooms takes less than half of that.

Remember to consider Snapblooms next time you shop online for a florist in Kansas City, MO. 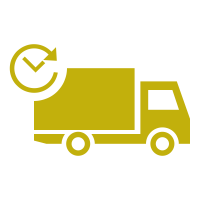 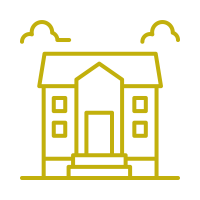 Order from below Featured Products
END_OF_DOCUMENT_TOKEN_TO_BE_REPLACED